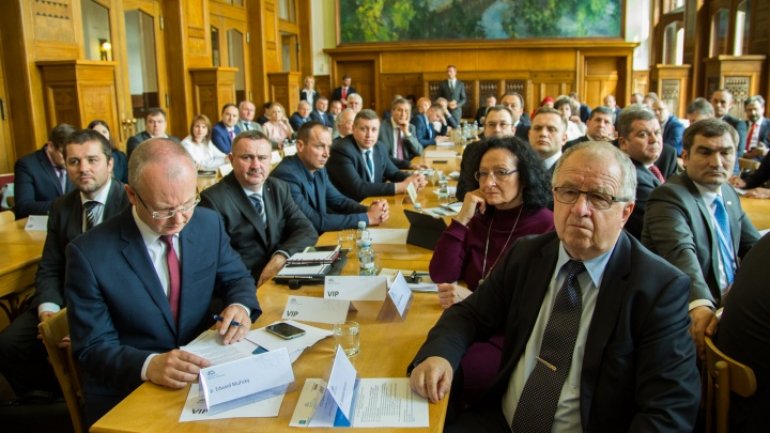 The Premiers of Moldova and Czechia have attended  a business forum as part of Pavel Filip’s working visit to Prague.

As many as 80 entrepreneurs attended the event.

The Moldovan Prime Minister has remarked his Government has a pro-business stance focusing on removing red tape and insuring business transparency.

"It’s a priority of ours to enhance the businesses’ trust in the state agencies. We stress not only gaining impact from large-scale projects, but also enhancing competitiveness and the contribution of the small and medium-sized firms to the economic development," Pavel Filip said.

He has mentioned the economy-related reforms such as: cutting the controlling agencies, number of permissive acts, stabilizing the economic situation, relaunching cooperation with foreign donors and unfreezing their financing.

All those steps have improved Moldova’s position in different world rankings.

Czech Prime Minister Bohuslav Sobotka ags remarked the ascension of the bilateral relations: "Moldova is a country willing to modernize its economy and infrastructure, and we’re open to exchanging experience and to technical assistance."

As Czechia is a target for Moldovan wine makers, the officials have discussed about speeding up trade.

The sides have signed a Memo on cooperating in power efficiency sector and neighboring sectors.