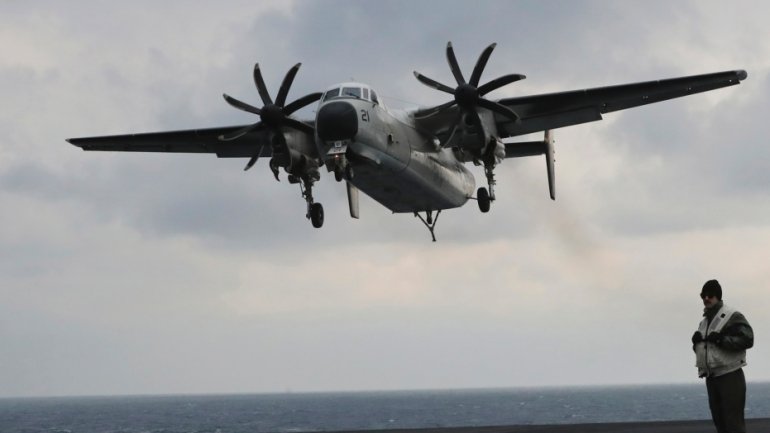 Eight people have been rescued and are in “good condition” after a U.S. Navy transporter plane carrying 11 crew and passengers crashed into the Pacific Ocean off Japan, the U.S. Navy’s 7th Fleet said Wednesday.

The search for the remaining three is continuing.

This is the latest accident to befall the 7th Fleet, which is based in the Japanese port of Yokosuka, south of Tokyo, and has endured multiple collisions at sea this year, including two involving guided-missile destroyers that left 17 sailors dead.

The C2-A Greyhound aircraft was on a routine flight from Marine Corps Air Station Iwakuni in southern Japan to the USS Ronald Reagan  aircraft carrier, which is currently in the Philippine Sea on exercises with Japan’s Maritime Self-Defense Force.

It crashed at 2:45 p.m. local time Wednesday, the 7th Fleet said in a statement. The cause of the crash was not immediately known and an investigation would be carried out, it said.

The eight who were rescued were transferred to the Reagan for medical evaluation.

The Reagan crew and Japanese forces were conducting search and rescue operations Wednesday afternoon and trying to recover the remaining crew and passengers.

“The Maritime Self-Defense Force is currently searching with U.S. forces,” Japanese Defense Minister Itsunori Onodera said, according to public broadcaster NHK. “We received information from U.S. Forces that the cause is possibly engine malfunction.”

Onodera voiced concern about the frequency of aircraft accidents involving U.S. forces, saying he would ask the American military to take more care with safety. This was an apparent reference to last month’s crash on Okinawa, when a transport helicopter caught fire during a training flight and crashed just 300 yards from houses. No one was injured.