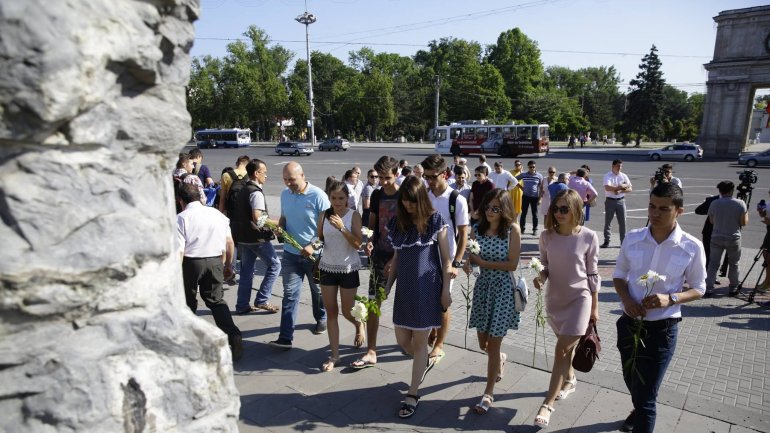 Seventy seven years have passed since the Soviet occupation of Bessarabia and Northern Bukovina by the Soviet Red Army during June 28 – July 4, 1940.

On this occasion, the Liberals have laid flowers at the Commemorative Stone in the Great National Assembly Square. Also,the Communists will organize a rally.

"The occupation has left only damages, like mutilation of Romanian language and a Soviet mentality" , said Corina Fusu, former Education Minister.

The Liberal Party Vice-President Veronica Herta was directly affected by the Soviet occupation.

"Today, Romania is a big and powerful country, a member of NATO, a member of the European Union, while we're still here, wandering between truth and poverty" , said former Environment Minister Valeriu Munteanu.