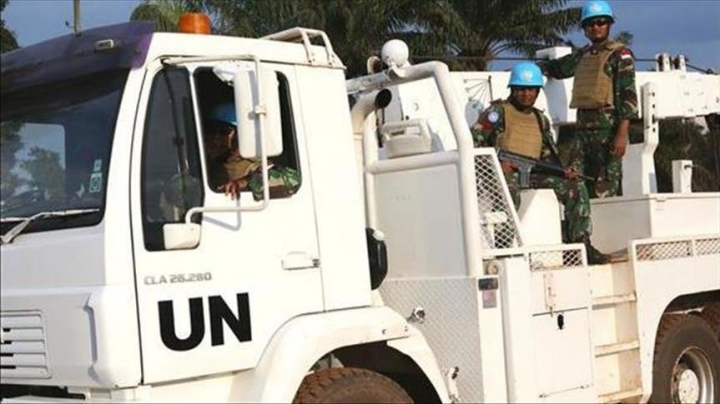 At least 74 peacekeepers have been killed in different armed attacks in Mali since the deployment of the UN mission in 2013, Radhia Achouri, the mission’s spokeswoman told Anadolu Agency on Tuesday.

Out of the 74 deaths of the United Nations Multidimensional Integrated Stabilization Mission in Mali (MINUSMA), 66 were killed in action and eight from their injuries, according Achouri.

The attacks (armed attacks, mortars, explosives) are attributed to "negative forces", terrorists and drug dealers, mostly in northern Mali since the outbreak of war in 2012, she added.

Achouri also said that the 74 deaths does not take into account the peacekeepers who died in accidents (eight) or due to illness (about 25), or victims of armed attack among MINUSMA contract workers (a dozen).

The latest attack on Monday afternoon targeted a UN camp in Aguelhok, Kidal, in northeastern Mali. Two peacekeepers were killed, while four others were seriously injured, according to the mission’s spokesman who said the perpetrators of this attack had not yet been identified.

The UN secretary general condemned the attack in a statement on Monday evening and called for a “swift action to bring the perpetrators of these attacks to justice and recalls that attacks against United Nations peacekeepers constitute war crimes under international law.”

Tensions erupted in Mali in 2012 following a failed coup and a Tuareg rebellion that ultimately allowed al-Qaeda-linked militant groups to take over the northern half of country.

The MINUSMA is composed of 15,209 military and police officers, according to data available on the mission’s website.

The mission's mandate was extended by the UN Security Council until June 30, 2017. The MINUSMA assists the Malian government in implementing the peace agreement and organizing credible elections.

Several militant groups still operate in northern Mali despite the presence of UN and French forces since 2013.