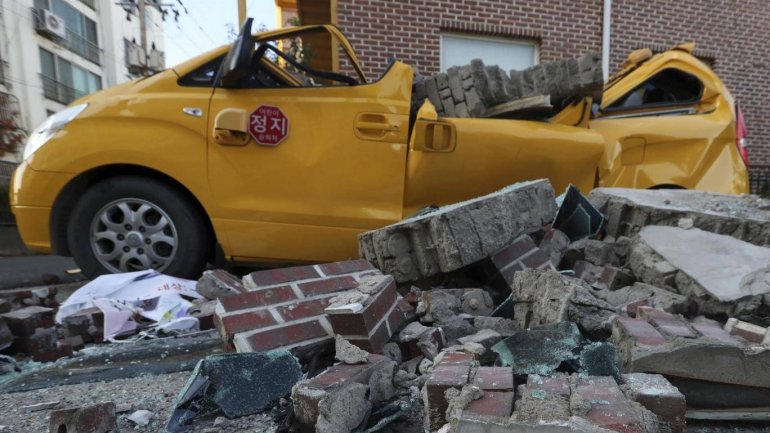 The quake was centered off the coast about 9.3 kilometers northwest of the port city of Pohang, according to the U.S. Geological Survey. South Korea's state-run Korea Meteorological Administration measured the quake at the same strength but said the epicenter was inside Pohang.

Residents in the capital, more than 300 kilometers away, felt tremors and said their buildings shook.

No injuries or major damage has been reported, according to the Korea Meteorological Administration.

It's the strongest quake in South Korea since a 5.8-magnitude occurred near the ancient city of Gyeongju, which is close to Pohang, in September 2016, Korea Meteorological Administration officials said.