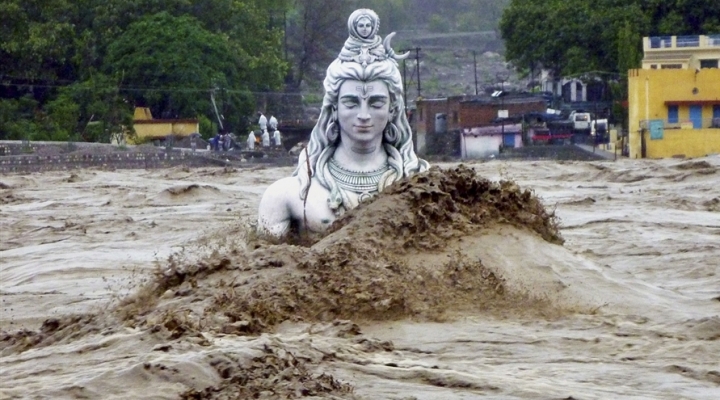 Indian authorities on Saturday tried to rescue thousands of people stranded in flooded villages after a week of heavy rain killed at least 52 people and uprooted tens of thousands of others from their homes in the states of Assam in the remote northeast and Bihar in the east.

Twenty-six deaths have been reported in Assam, where incessant downpours have damaged roads and snapped telephone cables in several districts, a government statement said.

Home Minister Rajnath Singh flew over the worst-hit areas on Saturday and said the floods were "very serious."

Twenty-six deaths also have been reported in Bihar due to drowning and home collapses in 10 districts bordering Nepal.

Floods are an annual occurrence in Assam and many parts of India during the June-September monsoon season.