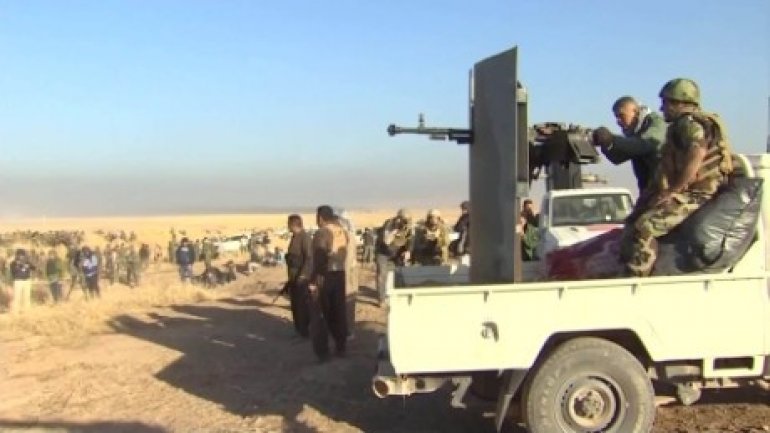 Spokesmen for Iraq's state-sanctioned Shiite militias say that some 5,000 fighters have joined their push to encircle the county's second largest city of Mosul and cut off Islamic State fighters there.

Karim al-Nuri of the umbrella group for the militias, known as the Popular Mobilization Units, and Jaafar al-Husseini, a spokesman for unit member the Hezbollah Brigades, said Sunday that a total of some 15,000 Shiite fighters were participating in the battle.

The Iraqi military confirmed the figures, which, including army units, militarized police, and special forces bring the total number of anti-IS fighters in the offensive to over 40,000.

The U.S. military estimates IS has 3,000 to 5,000 fighters inside Mosul and another 1,500-2,500 in the city's outer defensive belt. The total number includes around 1,000 foreign fighters Associated Press reports.