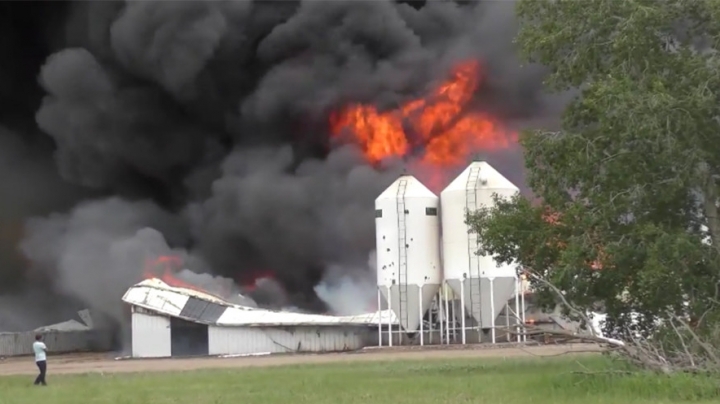 Footage from the scene shows heavy gray smoke rising from the barns, which are located near the town of Leroy in Saskatchewan about 160 kilometers east of Saskatoon, the largest city in the province.