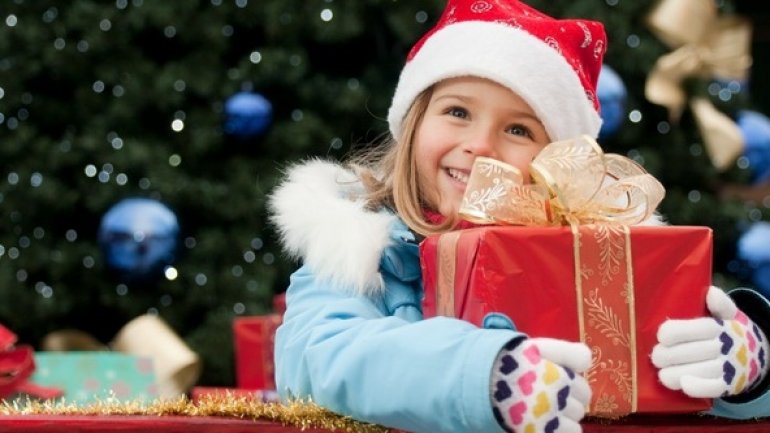 Close to 500 children from Briceni received presents for winter Holidays from their German coevals. The kids were congratulated by PDM deputy, Marian Lupu, who made it possible for the them to receive the gifts.

The official promised that soon a summer camp will be built for them.

The little ones enjoyed their presents and claimed that they already feel the Holiday spirit.

"It is very beautiful and unusual. -Were you waiting for such a gift? -No. -Do you like it? -I am very grateful for this gift", a child said.

"I received sweets and items I will need at school. I am very happy" another child from the event declared.

"I am very joyful for having received this gift, I thank the one who made it" another kid said.

Volunteers from Germany seemed pleased that they could bring a smile to the children's faces.

"Children from Germany have made parcels, they gave a toy, knowing that here, in Moldova, it will make another child's day. The presents vary from a toy, which is a child's greatest happiness, to items for school, sweets, or even clothes" representative of the Non-Governmental Organization from Germany, Renate Weber declared.

"Together, along with my colleagues from here, we decided to organize something beautiful for the winter Holidays. It was a collaboration of a Non-Governmental Organization from Moldova and one from Germany" president of PDM faction, Marian Lupu declared.

To express their gratitude, children sung carols for their guests.