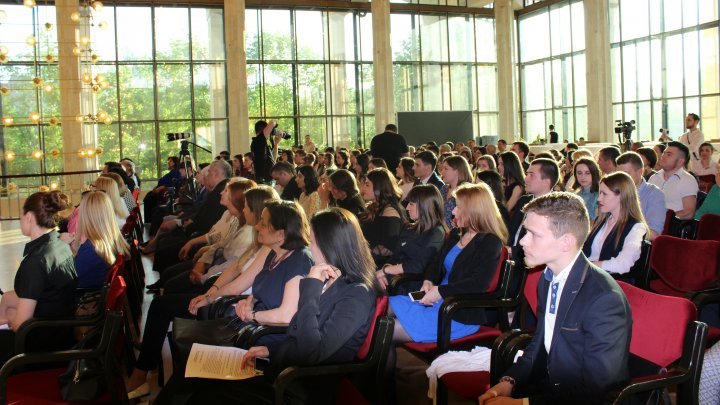 50 best students from Republic of Moldova were awarded for their hard work with academic merit bursaries. The young people received 12 000 lei each from sponsors.

Alexandru Brecico is a 3rd year student at Academy of Economic Studies of Moldova. The young man claims that he wished to participate at the competition since college.

"I am happy to have achieved this and realize my dream" Alexandru Brecico declared.

A total of 215 students participated in the competition.

"At the competition were registered representatives of 21 universities, from various faculties. This initiative became a beautiful tradition" Angela Cutasevici, state secretary for education at the Ministry of Education, declared.

Organizers claim that the competition was harsh. In the end, only the best students were awarded, who gained the best results at their universities and were implicated in various projects.

"The contest aims to stimulate students to be more active, as well as motivate them to become specialists in their chosen field" organizer Angela Muset said.

The young people already know what the rewards will be used on:

"When I received a call and was congratulated for winning the academic merit bursary, I was speechless. Only realized what happened afterward."

"I will invest those money in myself, my future."

The Competition reached its 22nd edition. Since its launch, a total of 1 450 students were awarded.