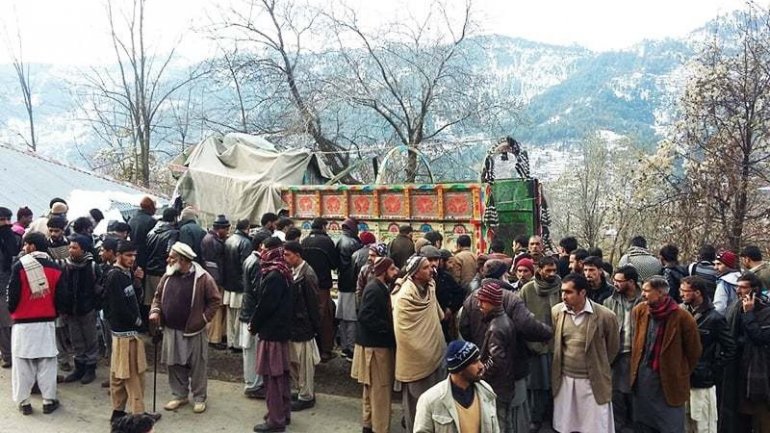 At least four students and a teacher were killed and 30 others injured after a truck hit into a girls school in Pakistan's northeast Kashmir area on Friday, local Urdu media reported.

The truck carrying flour bags lost control and skid off the road and rammed into the school located in Bagh district of Kashmir, informs Xinhua News.

Police said that girls and teachers were outside their classroom when the truck ran over them.

All the 30 injured were school girls of fourth grade.

The injured have been shifted to a nearby hospital where four of them are said to be in critical condition.

The truck driver fled the scene after the accident but was arrested later.