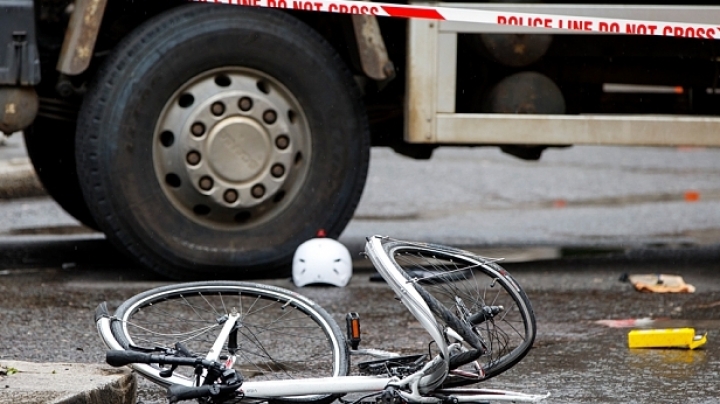 A Tuesday night group bicycle ride turned to tragedy as a driver hit a group of cyclists, killing five and seriously injuring four others, according to authorities.

The riders were hit by a blue Chevrolet pickup truck while riding on the shoulder of a local street, Kalamazoo County Prosecuting Attorney Jeffrey Getting said.

The driver was a 50-year-old man from western Michigan. He was found a short distance away from the crash police and is in custody. Charges will be filed after police reports are completed, according to Getting.
He said that three separate police agencies received phone calls prior to the crash regarding the truck's erratic driving. Those calls came in at 6:08 p.m. ET, 6:13 p.m. ET, and 6:21 p.m. ET.
The first reports of the crash came in 15 minutes later, Getting said.
Getting grew emotional as he spoke about a Kalamazoo community still reeling from a deadly rampage in February where Uber driver Jason Dalton allegedly killed six people and injured two others.
Getting would not elaborate on the severity to the injuries to the four cyclists who survived the crash. He did say he is concerned for their health at this point.
Authorities are still in the process of identifying victims and notifying their families, and will not release any names until that process is complete.
AFLĂ imediat Știrile Publika.MD. Intră pe Telegram