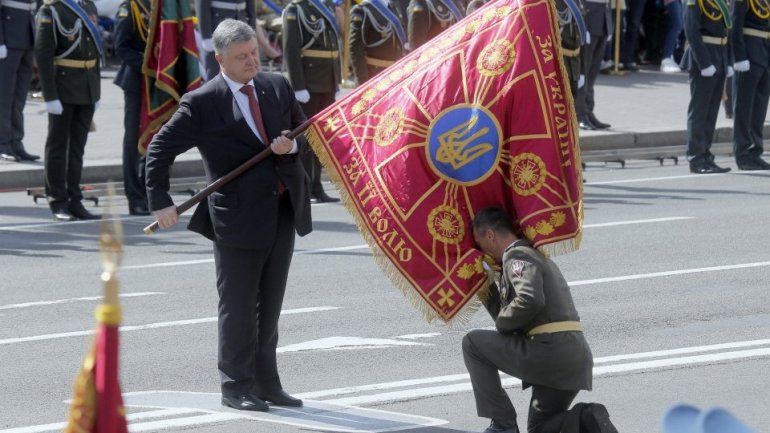 The military parade in Kiev this year was attended by 4,500 Ukrainian military and 231 soldiers from the United Kingdom of Great Britain and Northern Ireland, Canada, Estonia, Georgia, Latvia, Lithuania, Republic of Moldova, Poland, Romania and the United States of America.

Moldovan National Army have paraded today on Khreshchatyk Boulevard in Kiev at the military parade organized on the occasion of the Independence Day of Ukraine. The Deputy Minister of Defense, Gheorghe Galbura, also attended the event.

The Military Staff, consisting of 29 officers and non-commissioned officers of the 22nd Peacekeeping Battalion, was led by Major Ianc Deli, and the state flag was carried by Sergeant Igor Cricicovschi.