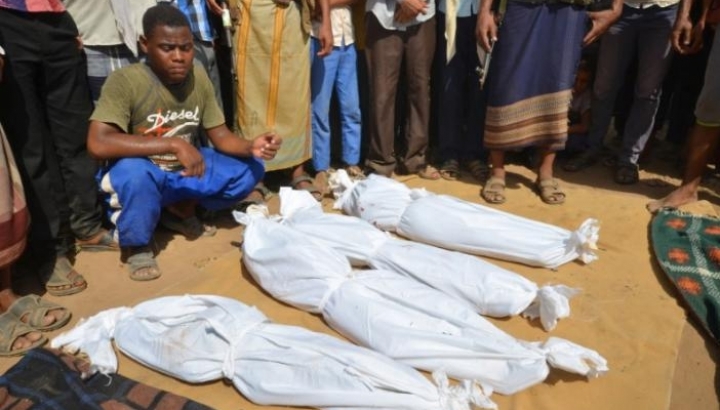 Saudi-led coalition aircraft fired rockets at mourners for the father of the interior minister in the Houthi-dominated Yemeni government on Saturday, causing ta least 45 casualties, witnesses and medics said.

They said a missile tore through a hall in the south of the capital Sanaa where a wake for the father of Interior Minister Jalal al-Roweishan was being held, destroying the building.

There was no immediate comment from the Saudi-led coalition on the report.

The minister's father had died of natural causes on Friday. It was not immediately clear if the minister had been hurt in the attack.