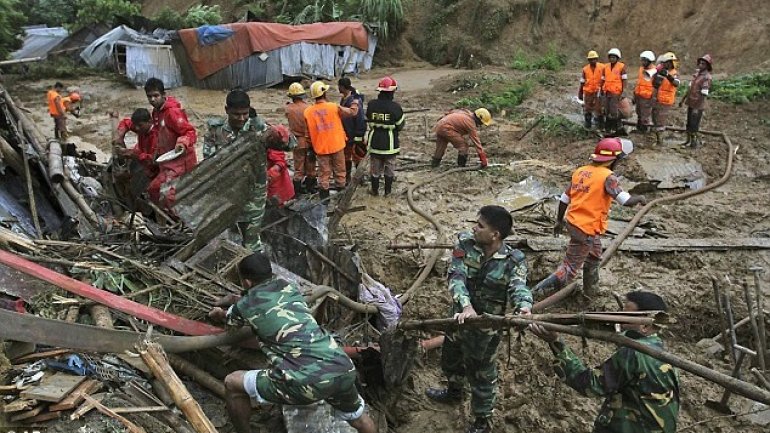 The landslides it hilly districts in the southeast, killing 10 people in one village, eight in another and seven in a third, said police official Rafiq Ullah.

The death toll could go up as rescuers were searching for bodies, he said.

Densely populated Bangladesh is battered by storms, floods and landslides every rainy season.

In 2007, about 130 people were killed in a landslide in Chittagong in the southeast.