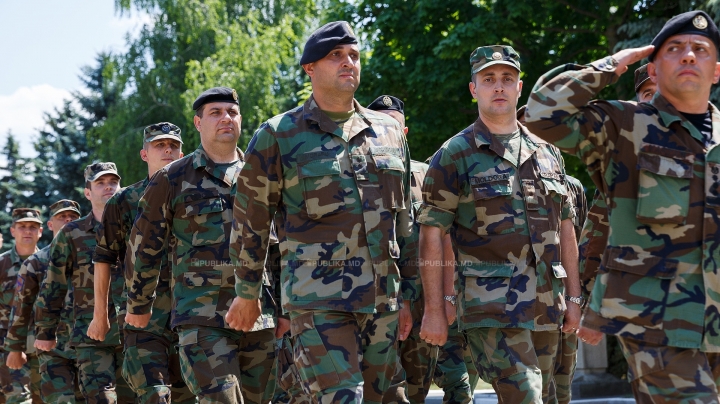 41 soldiers from National Army, detached in a mission in Kosovo, at the beginning of December 2015, have returned home.

The military men were welcomed yesterday by the Parliament speaker, Andrian Candu, in an official ceremony. At the event were present the soldiers’ relatives.

The speaker thanked the soldiers for their exemplar representation of Moldova in the mission in Kosovo, considering them real ambassadors of our country.

At the same time, Andrian Candu has attended, together with the Minister of Defense, Anatol Salaru, at the decoration ceremony of all 41 soldiers.

The military men ended the mission in Kosovo on Wednesday, being replaced with another group of Moldovan military.