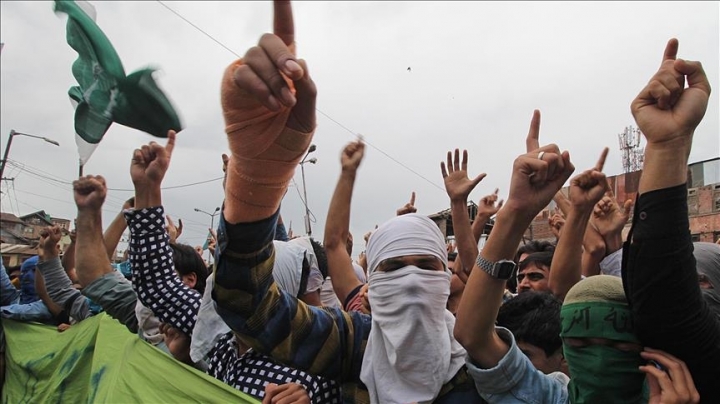 While the delegation of 28 Indian lawmakers met with representatives of pro-India political parties, the influential pro-independence leadership boycotted the delegation.

In a joint statement, the leadership's figureheads, Syed Ali Shah Geelani, Mirwaiz Umar and Yasin Malik, said they could not see a purpose in meeting the delegation, which had "not spelled out its mandate for any engagement on a clear agenda".

The lawmakers had been hoping to meet the leaders, who have been imprisoned or put under house arrest over the last two months, to convince them to call of a 58-day shutdown.

While the delegation spoke about restoring "normalcy" to the streets after two months of deadly clashes, many Kashmiris said India needed to recognize their political demands.

Away from the highly-secured delegation in Srinagar, tens of thousands gathered for pro-independence protests in south Kashmir. According to hospitals across Kashmir, around 400 people were injured in firing by Indian security forces.