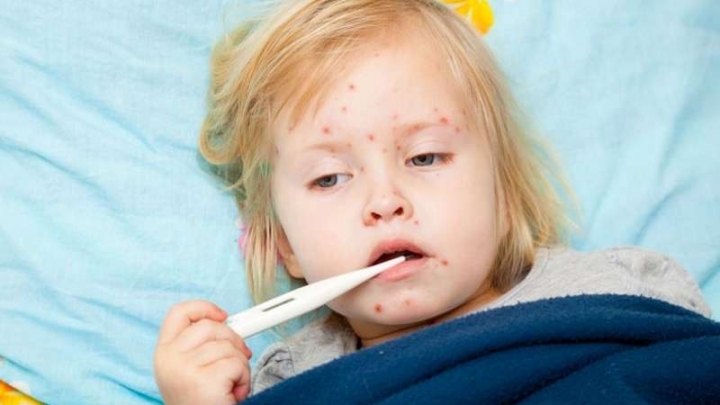 At least 40 people, nearly all of them children, have died from an outbreak of measles in a remote, impoverished region of Myanmar where there is little available health care, officials said on Saturday, reports New York Times.

More than 200 people have come down with measles since mid-July, when an epidemic swept through five villages in the mountainous Naga Self-Administered Zone of northwestern Myanmar.

Thirty-five of the dead were children under the age of 15, said U Kay Sai, the chairman of the Naga Self-Administered Zone.

Myanmar is emerging from five decades of military rule that left it one of the poorest countries in Asia. The Nobel Peace Prize laureate Daw Aung San Suu Kyi and her National League for Democracy took power in April, but her government has been slow to improve services or adopt an economic recovery program.

The villages, home to about 2,500 people, are so remote that it took doctors a week to reach them, after first hearing reports of an outbreak of an unknown illness. The travel was especially difficult because this is the rainy season in the Naga region.

Even then, two more weeks passed before the health authorities publicly confirmed that the illness was measles.

“These areas are remote and hard to reach for medical care,” said Dr. Soe Lwin Nyein, Myanmar’s director of public health. Many areas of Myanmar are without medical services, “and we are trying our best to have a health care system there,” he said.

He said the public health department was seeking assistance from the military to reach other affected villages by helicopter.

A measles epidemic in the region in 2001 killed at least 30 people, Dr. Soe Lwin Nyein said.

Dr. Than Tun Aung, the country’s deputy director of public health, said 94 percent of Myanmar’s population was vaccinated for measles in 2015. He could not say how many people in the Naga Self-Administered Zone had received the vaccine or why so many people had come down with measles in the affected villages. “Some kids were missed,” he said.