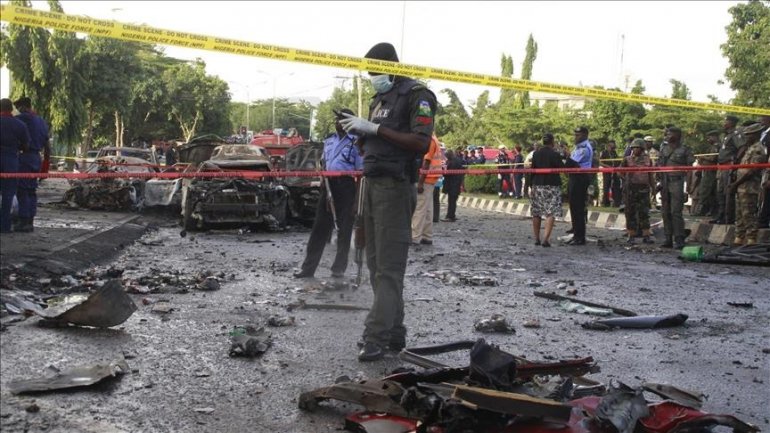 Just days after weekend suicide bombings, at least four people were killed in an explosion on a minibus just outside the northeastern Nigerian northeast city Tuesday morning, reports Anadolu Agency.

"There was an explosion today along Gubio road just before the military checkpoint.

"According to a preliminary report, a pick-up van with nine persons onboard emerged from a bush path to join the road to Gubio town when it exploded, killing four of those onboard," Isuku said.

He said the other passengers were wounded, some critically, and suggested the death toll could rise.

Maiduguri, Boko Haram's birthplace and former theatre of insurgency, has seen a recent upsurge in bomb attacks after a two-month respite.

A suicide bomber was also killed by military troops while attempting to scale the perimeter fence of the refugee camp on Sunday. A bomb disposal squad later detonated explosive devices strapped onto the bomber’s body.