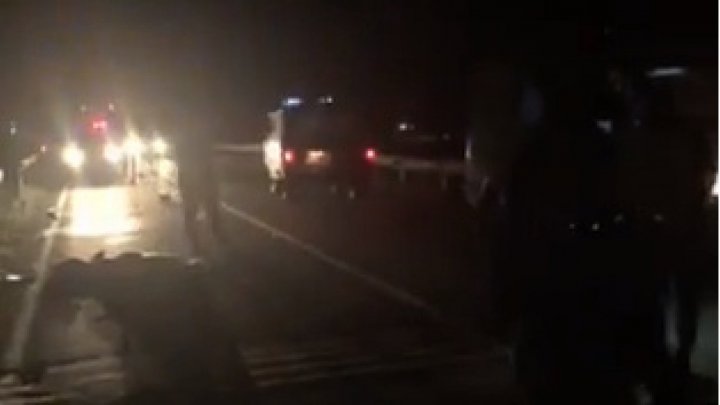 A 25-year-old woman, her daughter and two other children were killed after road accident last night on the Chişinău-Leuseni road.

Four other people were injured after the wagon they were in was hit by a car.

According to the police, the car driver was traveling at excessive speed and could not avoid the collision. The impact was so strong that a passenger in the wagon died on the ground. Three people died in the hospital.

These are 25-year-old woman, her five-year-old daughter and two boys, 4 and 16 years old.

Other two men, 18 and 28, were hospitalized in Hânceşti and Nisporeni hospitals.

The driver of the car and his passenger escaped unharmed. The 34-year-old driver from Ştefan Voda district was detained for 72 hours.

He refuses to make statements on this case.

According to the witnesses, the wagon was not equipped with signaling means required by law, and the driver was driving at excessive speed.

The Hânceşti District Prosecutor's Office initiated a criminal case to determine all the circumstances in which the tragedy occurred.