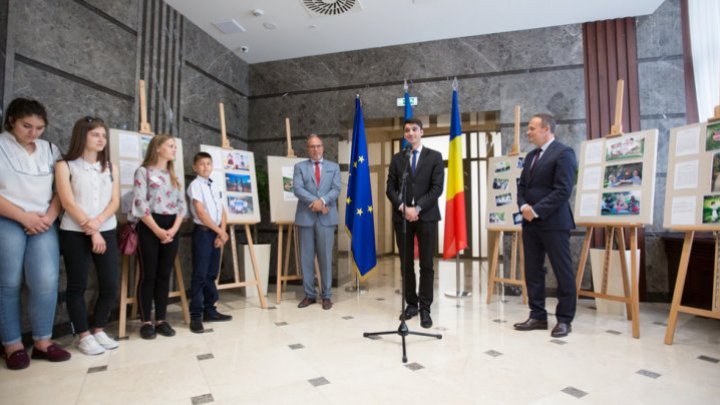 38 passionate students took part in a competition launched on the occasion of Europe Day and the winners were awarded by the President of Parliament. Adolescents gave a picture of what Europe meant to them, and the most beautiful ideas were nominated winners based on online reviews. The pictures were collected and posted on Parliament's Facebook page. Most of the votes gathered their photo titled The Road to Europe.

Cătălina Ochişor of Cantemir is glad to receive the second place:

"Every day I refreshed Parliament's page and I was looking forward to an answer and I thought I would be somewhere in the seventh, eighth. I did not hope for second place. "

All 38 students will go for a week to a summer camp in Romania. Children are extremely enthusiastic.

Student photos will be displayed in the lobby of the Legislature.

"First of all, we thank you for participating, and of course we congratulate you for your success. Your work will also be shown here in Parliament," said Andrian Candu, the Speaker of Parliament.

The Romanian Ambassador to Moldova, Daniel Ioniţă, also participated in the prize-giving ceremony.

"We want you to raise people's hope. I liked the title of the competition very much, you know that you are Europe, we are Europe," said Daniel Ioniţă, the ambassador of Romania in the Republic of Moldova.

On August 14, the young will go for seven days at the Sulina camp in Tulcea County.