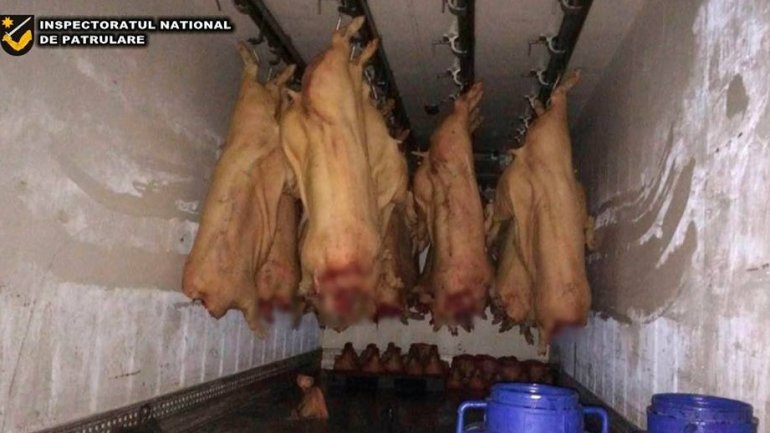 A truck loaded with approximately 3.1 tons of pork was stopped this morning around 5 o'clock on Ismail street in Chisinau.

At the inspectors request, the driver, a 63-year-old man from Anenii Noi, presented the documents of origin and transport, but after verifications, the patrolling inspectors established that the documents do not correspond and were not filled according to legal norms.

When asked, the driver declared that the meat was to be commercialized at the Central Market. The meat was seized, and the driver will have to pay a fine of up to 3,000 lei.