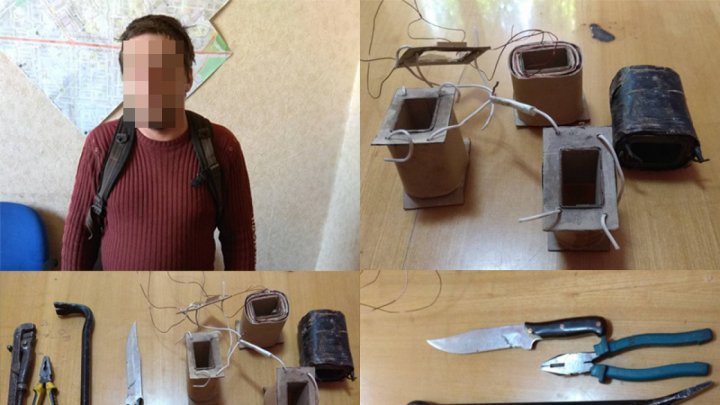 A 30-year-old man from Chişinău is being prosecuted for theft. The man was observed by a mobile crew of the Patrol Battalion and Operational Reaction within the Chisinau Police Department, this night on the Dacia Boulevard in the Botanica District, while showing suspicious behavior.

The man was led to the Botanical Police Inspectorate for documenting and establishing circumstances. As a result of the search, in his backpack, the police found two electric accumulators from the elevator, a metal rod and several tools.

After the hearing, the man admitted that he had sneaked into the block of flats on Dacia Boulevard by forcing the locks on the door and forcing out the batteries that would later sell them to make a profit.

Thus, he caused a loss of 3,260 lei. It is worth mentioning that the individual was tried on similar crimes.

According to the legislation in force, the individual risks a fine in the amount of 32,500 lei to 67,000 lei, unpaid community work from 180 to 240 hours or up to 4 years imprisonment.

The police of the capital warned all economic agents to inform the 112 service when unknown people intend to sell such parts.