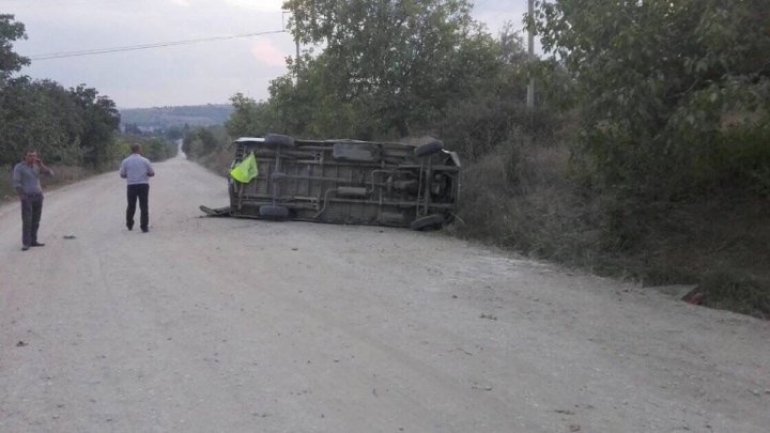 Two serious accidents have occurred in the last 24 hours on the roads in the country. Three people were seriously injured and hospitalized after having been involved in a road accident on the Ungheni - Bărboieni route.

A 25-year-old man remains critical condition after his car was overturned. The misfortune occurred near the village of Găleşti in Străşeni.

According to the police, the young man lost control of the steering wheel, got out of the road and overturned. The victim  got multiple trauma and was hospitalized in intensive care.

Within a few hours, other three people were seriously injured after an accident on the Ungheni-Bărboieni route. Due to inattention, the driver, aged 19, skidded off the route. According to the police, the driver was not intoxicated.

In the last 24 hours, there have been 30 road accidents in the capital.

In Râşcani sector, a 24-passenger trolley bus was hit last night by a car. It all happened on Alecu Russo Street when the car driver tried to overpass another car and hit the trolley bus violently.

The driver who will be found guilty of the accident will face a fine of 1,500 lei and six penalty points.

In order to avoid crashing in another car, the driver turned and hit another parked vehicle. Fortunately nobody was hurt.

"A Volkswagen, registered in Lithuania, was coming from Alba-Iulia Street, while another Mitsubishi Outlander car from Paris Street. The parked car, a Skoda, was also located on the Paris Street. Both drivers were going on green lights, but have met in the center of the intersection, where one of them collided with the parked car", inspector Roman Chirică declared.

The police has opened a case. The driver found guilty will receive a 1.500 lei fine and six penalty points.