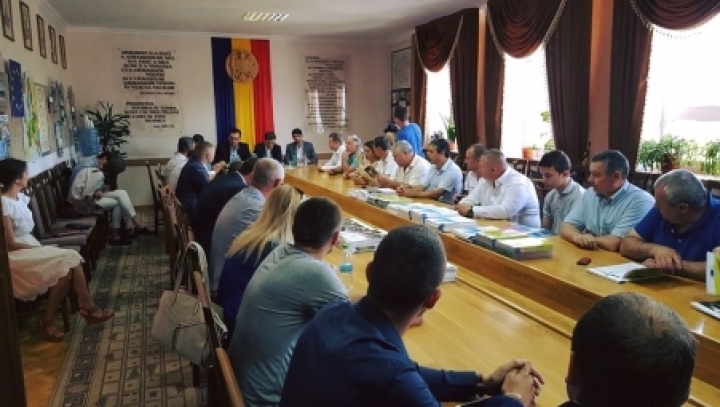 30 people from different Moldovan districts will be monthly trained in European values and the opportunities offered by the integration into the European Union. All those are going to take place within the project the European Citizen Academy, developed by the European Socialists Party. It has started in Orhei district with two-day training sessions.

"If we want to strengthen this pool – social and electoral – the people must be well informed. An informed man is an armed man," stated PDM leader Marian Lupu.

"It’s very important that the Moldovan citizens were well informed about the opportunities offered by the European Union, about rights and obligations. If they knew them, they’ll be able to make maximum profit from them in case of Moldova’s joining the EU," said Romanian europarliamentarian Victor Negrescu.

Deputy Youth minister Pavel Ianet says it’s a priority that the young people were informed about the course this country chose: "It’s important for us that the young generation were actively educated, were active citizens of society, of Europe, getting involved, unfolding projects, thinking of solutions to the their peers’ problems."

Youths from Orhei maintain the citizens are not informed enough and the training coursesare necessary to offer more opportunities to society.