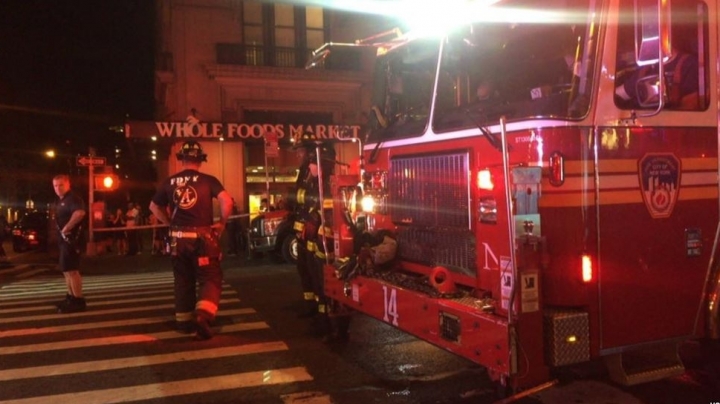 Dozens of people were injured Saturday night in the Chelsea neighborhood of Manhattan in an explosion that New York Mayor Bill de Blasio called “an intentional act.”

At least 29 people suffered non-life-threatening injuries in the blast, which occurred on the street and not inside a building, according to the New York Police Department. One person was seriously injured, said Daniel A. Nigro, the New York fire commissioner.

Not long after the blast, police said they had found another potentially explosive device just blocks away. This device appeared to be similar to a pressure cooker and had wiring on it, according to a law enforcement official who spoke on the condition of anonymity to discuss the ongoing investigation. Pressure cookers were used in the two bombs detonated at the Boston Marathon in 2013.