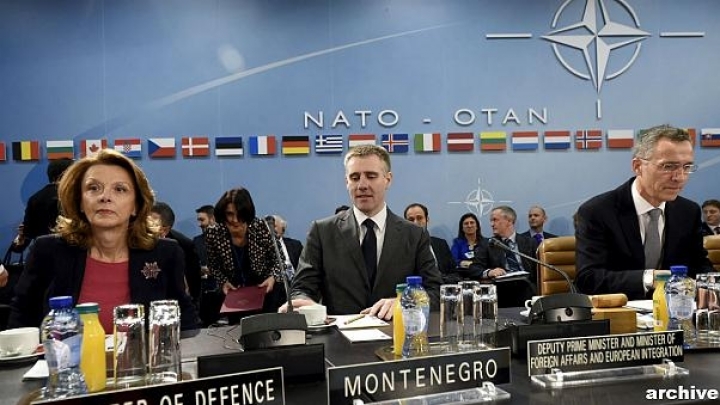 On July 8 and 9 the Polish capital will host the next NATO summit. This highly symbolic event, the 27th since the creation of the Alliance in 1949, will take place where the Warsaw Pact (the political, economic and military alliance formed in 1955 between the USSR and its allies in response to the creation of NATO) was sealed and where it came to an end. This meeting in Warsaw will be the opportunity to send a strong signal that Poland is fully committed to the Alliance and is a visible player for NATO in its relations with Eastern countries, reports euronews.com.

The relationship between the Alliance and Russia is amongst the main issues on the agenda. Since the annexation of Crimea in March 2014 and the first attacks by separatist rebels supported by Moscow, relations between the two sides have been at a low point. They have further deteriorated since the recent and unprecedented military buildup on NATO’s eastern flank.

For several weeks now, NATO has taken steps in central Europe and the Baltic countries to show its capacity to react in case Russia intends to expand further west. These ‘spring manoeuvres’, that are now a solid tradition, reached a new level this year, giving them a particularly strong strategic importance.

On June 6 2016 NATO launched a military exercise called ‘Anaconda’ in order to measure the capacity of the Alliance countries to resist a hybrid attack that combines conventional arms, cyber attacks and chemical weapons.

At the same time the annual Saber Strike operation took place. The aim of this exercise, which focuses on Baltic countries, is to prevent threats coming from Russia through the deployment of troops in Germany and Estonia, as close as possible to their Russian neighbour.

Another parallel military exercise, BALTOPS, organised by the US Navy and including several European navies, enables NATO to demonstrate its strategic maritime position. With 6,100 sailors and soldiers coming from 15 NATO navies and two partner navies, this exercise has grown in strength considerably since 2015.

Another initiative recently taken by NATO to reinforce its central European presence is the missile defence system AEGIS, launched 10 years ago. On May 12 2016, the Alliance activated the missile shield in Romania at the remote Deveselu air base. An additional anti-missile platform in Poland is currently in construction.

AEGIS gathered all the countries which joined NATO during the waves of enlargement in 1999 (Poland, Hungary, Czech Republic) and 2004 (Romania, Slovakia, Bulgaria, Baltic countries) and brought them under the American anti-missile umbrella, calling into question the deterrent force of Russia in Europe.

The last message being sent to Russia by NATO is the signature, on June 9 2016, of the accession of Montenegro to NATO, marking the revival of the organisation in the East.

According to NATO General Secretary, Jens Stoltenberg, the summit will cement ‘the largest strengthening of collective defence since the end of the Cold War’. He nonetheless reassured that he was not seeking confrontation with Russia: “NATO is not seeking confrontation. We want a constructive dialogue with Russia. But we will defend Allies against potential threats.”

To reaffirm its strong military presence in the region, the Alliance plans on deploying four battalions every 6 to 9 months (800 to 1,000 soldiers each) in Baltic countries and Poland from 2017.

The majority of troops will be supplied at first by Great-Britain, the United States and Germany. Canada could then provide a large number of soldiers for the fourth battalion.