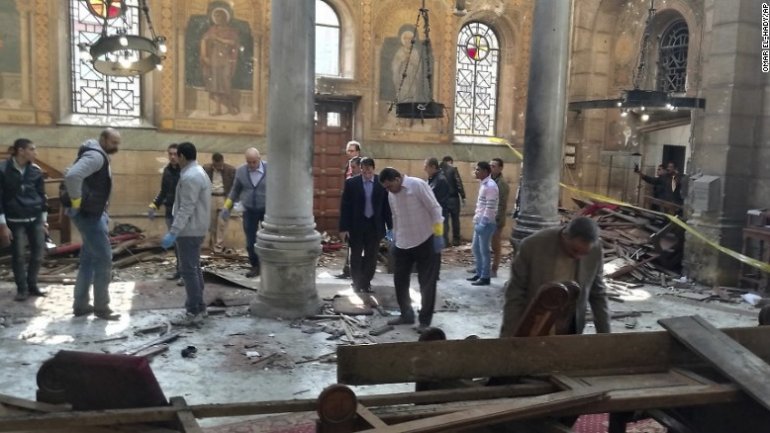 (12:52) At least 17 were killed in an explosion inside a church in the Egyptian Nile delta city of Tanta, local media reports said.

There was no immediate claim of responsibility and the cause of the blast was not yet known.

Egypt's state television reported that at least 42 people were wounded in the blast.

The attack occurred in the Coptic church of St George on Palm Day, a Christian feast commemorating the entry of Jesus Christ into Jerusalem.

The bombing was the latest in a series of assaults on Egypt's Christian minority, which makes up around 10 percent of the population and has been repeatedly targeted by armed groups. It comes just weeks before Pope Francis is due to visit Egypt.