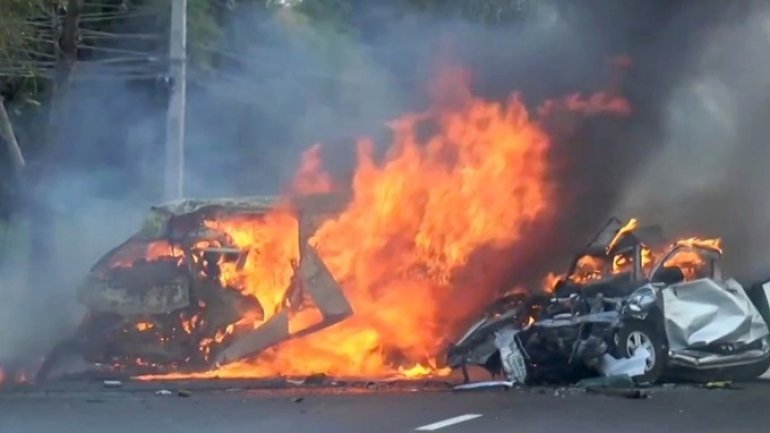 Some 25 people have died after a van and a pickup truck crashed and caught fire in eastern Thailand, according to itv.com.

The van lost control and crossed the grass median, crashing into the pickup truck travelling in the opposite direction.

Both drivers were killed in the crash and investigation into it has been launched.