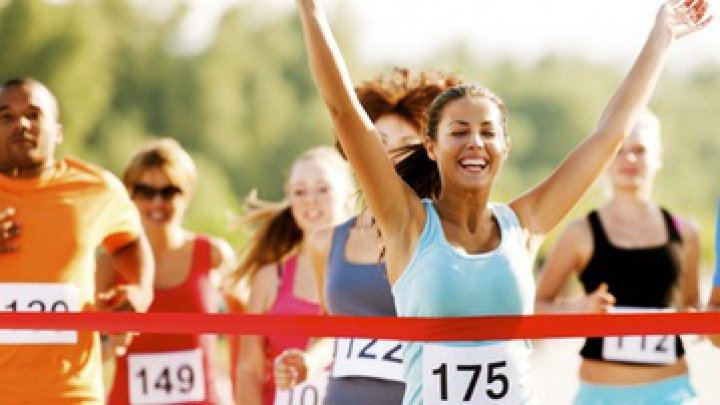 According to the rules, athletes had the right to rest during the competition, catering places were arranged along the route.

"At the time of the contest, the athletes are allowed to stop, they are allowed to make breaks, but they have to calculate their time very well," said Ion Frunză, organizer.

lena Iabanji, a Moldovan living in Portugal won the race. In 24 hours she traveled 178 kilometers, making a record. The athlete from the village of Tartaul, Cantemir district, began practicing sport after defeating cancer eight years ago.

"Every three hours I had 15 minutes of rest, I stood for 5 minutes with my feet up for blood circulation, feeding, moisturizing and resting in time," said Elena Iabanji, athlete.

Mihail Grodeţchi, aged 82, was the oldest participant in the competition.

"It's healthy. I feel great to join this race, but I feel tired, definitely", said Mihai Grodeţchi, athlete.

The Super Marathon has gathered 15 athletes from the Republic of Moldova, Austria, Germany, Portugal, Belarus, Ukraine and Russia.

The competition reached its 21st edition.