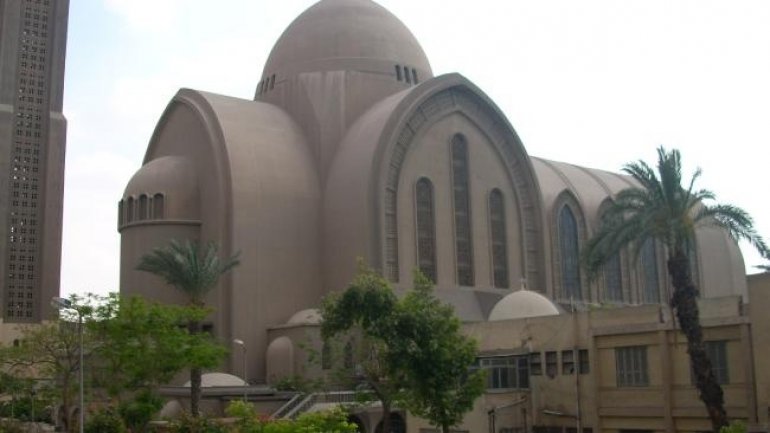 An explosion at a Cairo Coptic cathedral has killed at least 22 people, Egyptian state TV said.

The blast at the Saint Mark’s Coptic Orthodox Cathedral in the Abbasiya neighbourhood also wounded 10 people, the Egyptian health ministry said. The cathedral is home to the office of its spiritual leader, Pope Tawadros II.

Egypt’s official news agency said a bomb was lobbed inside a chapel that is adjacent to the cathedral’s outer wall.

There was no claim of responsibility for the attack, but jihadists in Sinai have targeted Christians before, as well as Muslims they accuse of working with the government.

Copts, who make up about 10 per cent of Egypt’s population of 90 million, have faced persecution and discrimination that spiked during the 30-year rule of Hosni Mubarak, who was toppled by a popular uprising in 2011.