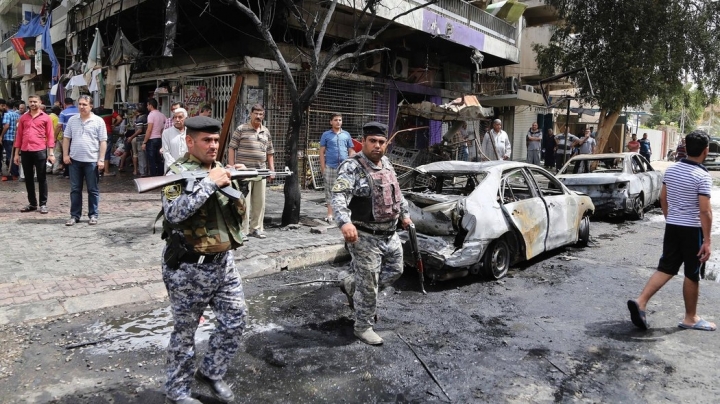 A suicide bombing claimed by the Islamic State group killed 21 people in a Shiite area of northern Baghdad on Sunday, security and medical officials said.

The bombing, which struck near a checkpoint in the Kadhimiyah area, home to a major Shiite shrine, also wounded at least 29 people, the officials said.

IS issued a statement claiming the attack, saying it targeted soldiers and pro-government paramilitaries in the area.

The group also claimed an attack on a Shiite shrine in Balad, north of the capital, that left 40 dead a few days later.

IS overran large areas north and west of Baghdad in 2014, but Iraqi forces have since regained significant ground and are conducting operations to set the stage for the battle to recapture Mosul, the last IS-held city in the country.