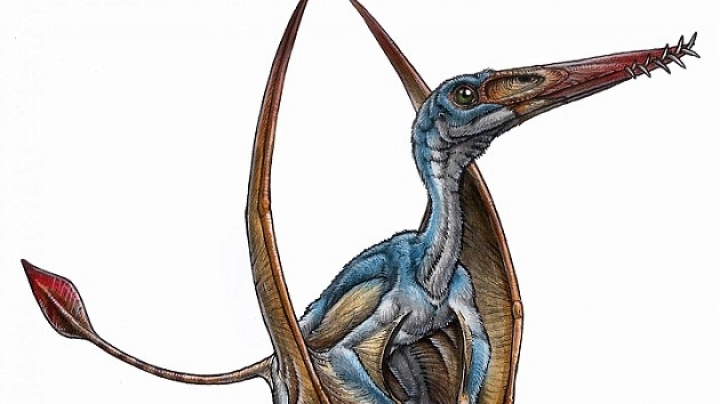 Scientists have discovered a new species of 200-million-year-old pterosaur from the Patagonia region of South America, reports Daily Mail.

Remarkably, the brain case of the flying reptile was well preserved, offering scientists a new look at the pterosaur's brain anatomy.

The researchers have named this new species 'Allkauren koi' from the native Tehuelche word 'all' for 'brain', and 'karuen' for 'ancient'.

Pterosaurs are an extinct group of flying reptiles that lived during most of the Mesozoic Era.

This group had an extraordinary adaptation to flight, including pneumatic bones to lighten its weight, and an elongated digit supporting the wings.

But the pterosaur skull is known from only a few three dimensionally preserved remains and, until now, there was no information on the intermediate forms.

This study provides new information on the origin and type of evolution in this particular group of flying reptiles.

The braincase found in this study was only a few dozen millimeters long, suggesting that it was from a small pterosaur species, the researchers said.

The remains included the uncrushed braincase.

In order to study the skull anatomy, researchers used computed tomography to observe, in three dimensions, the cranial endocast and the inner ear.