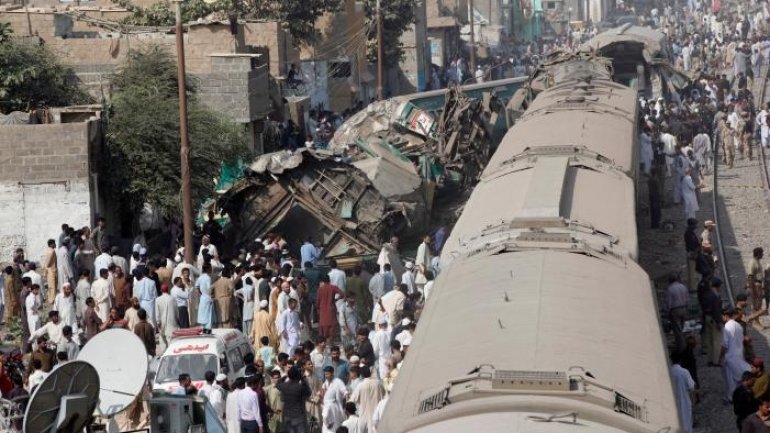 A long-distance train collided into stationary coaches in the Pakistani port city of Karachi on Thursday, killing at least 20 people, hospital officials said, in the country's second major rail collision in less than two months.

Television footage showed mangled and overturned carriages, and media reported rescuers were working to free people trapped in the wreckage.

Train traffic between Karachi, Pakistan's biggest city, and the rest of the country was suspended after the collision near the city's Landhi station, television news channels reported.

Sixty-five people were injured in the collision, said Seemin Jamali, head of the emergency department at Karachi's main Jinnah hospital.

The collision occurred between the moving Zakaria Express and the stationary Fareed Express, the railways ministry said.