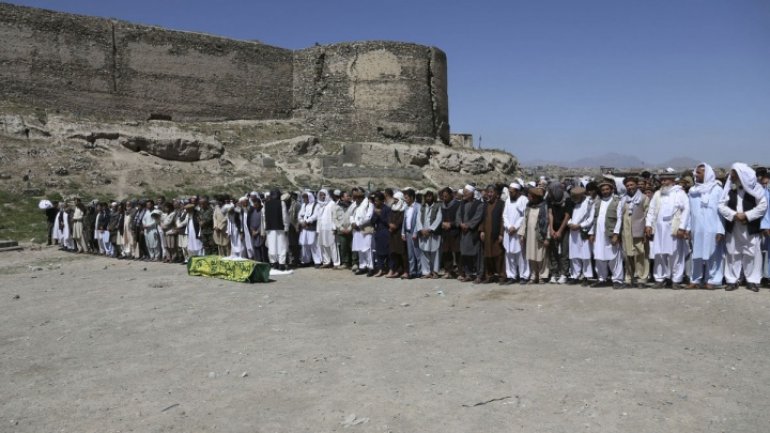 At least 20 people have been killed in three explosions in Kabul near the funeral of an Afghan senator's son, one of five victims of deadly clashes between police and protesters a day earlier, witnesses and officials say.

It was not immediately clear how many people were killed and wounded in the blasts.

Waheed Majroh, a spokesman for the Afghan Health Ministry, told RFE/RL's Radio Free Afghanistan that at least six people were killed and 87 others injured in the explosions, though there were conflicting reports of the death toll throughout the day.

Interior Ministry spokesman Najib Danish said that "initial reports show at least 10 casualties" from the three blasts that rocked the cemetery where senator Alam Izadyar's son was about to be buried. Salem Izadyar was killed during a protest on June 2 attended by hundreds in Kabul.