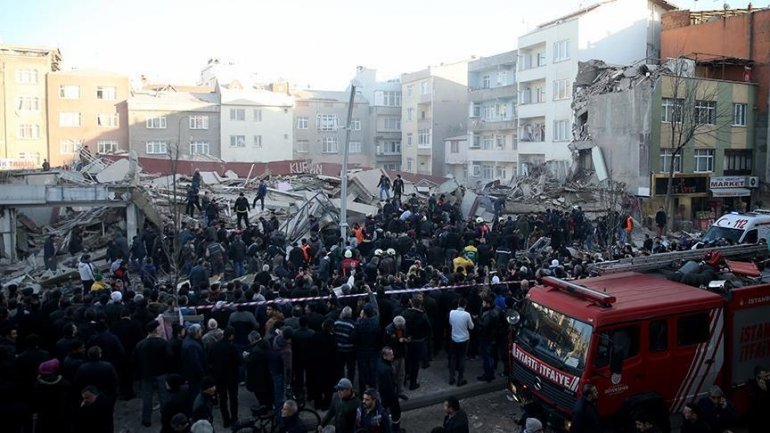 Two people were killed when a six-story abandoned apartment building collapsed Friday in Istanbul, according to the local officials, according to aa.com.tr.

Bodies of 60-year old Mehmet Akbas and Mehmet Ozdener, a six-year old child have been removed from the debris in Zeytinburnu district on Istanbul’s European side.

Seventeen others were also injured in the incident, Istanbul governor Vasip Sahin told reporters following his visit to the scene.

Sahin said that 21 more buildings around the debris have been evacuated as a precaution.

The collapsed building was abandoned after the demolition decision was taken two years ago, Ali Taskin Balaban, sub-governor of the district said earlier.