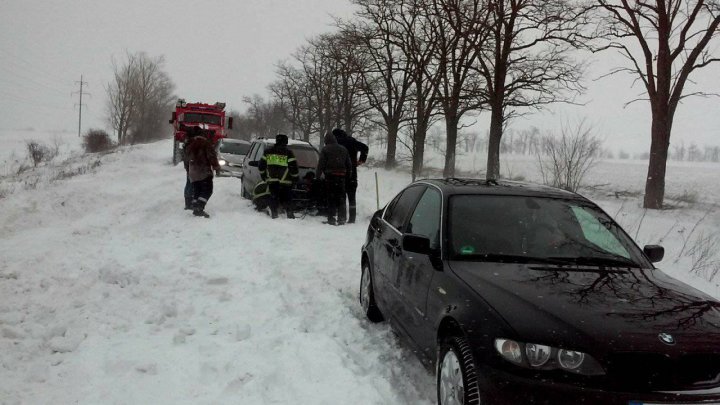 19 vehicles required to be saved by rescuers and firefighters, after remaining stuck in snow on highways in the past 24 hours.

According to representatives of General Inspectorate for Emergency Situations, firefighters were called in Găgăuzia, where 12 cars and 2 trucks were stuck in snow near Vulcănești – Vinogradovca Customs.

Drivers also required help in Comrat, Cimișlia and Fălești, after their cars got stuck in snow.

According to data from General Inspectorate for Emergency Situations, 238 vehicles and 342 workers have spread 1 205 tonnes of non-slip material on national roads.

Customs Service also announced that due to frost covering the bridge from Dniester, Cosăuți and Soroca Customs remain closed.