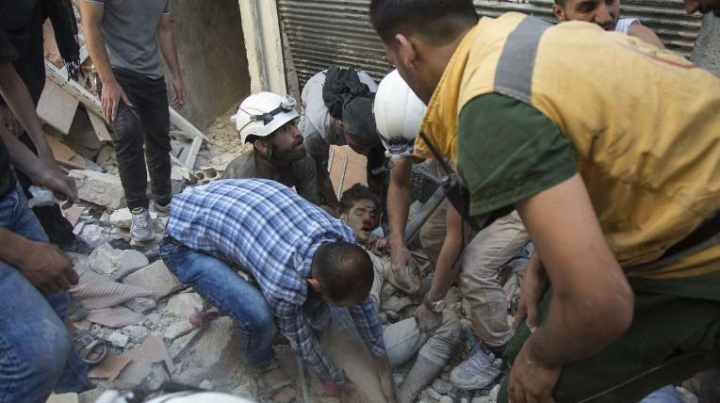 Observatory head Rami Abdel Rahman said the strikes were carried out by either Russian or regime aircraft and had also wounded dozens of people, some of them critically, AFP reports.