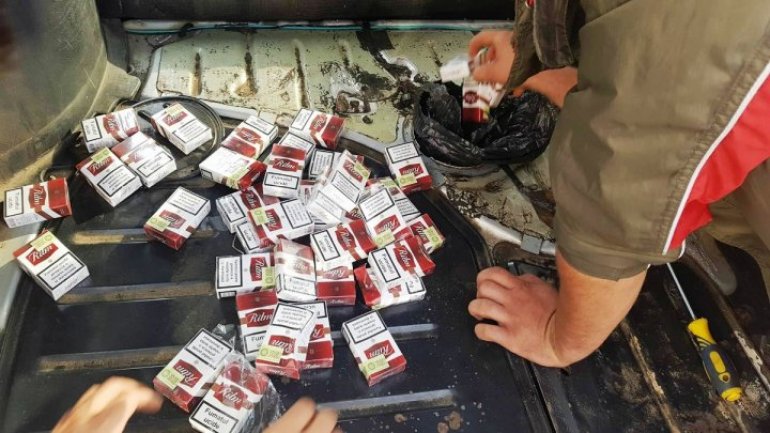 The incident was recorded today at 8:00.

The two Moldovans, aged 25 and 23, were driving a Volkswagen brand, registered in Bulgaria, and a Ford car registered in Lithuania.

Following the control, in the reservoir of the cars were found 17,180 cigarettes, brand Ritm, with excise stamp Republic of Moldova.