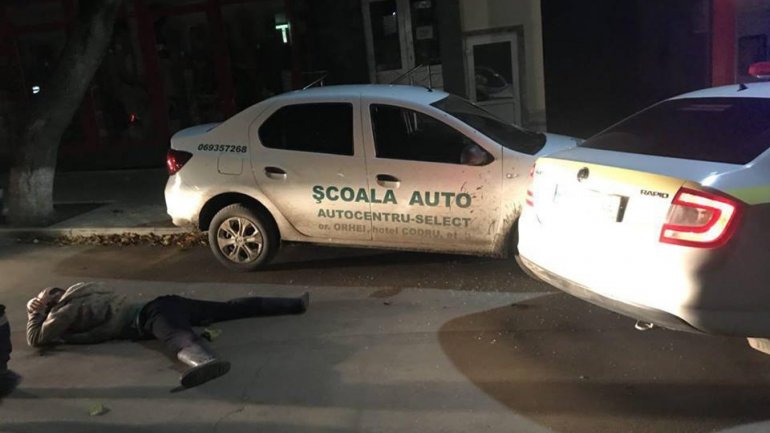 Car chase worthy of Hollywood on streets from Orhei. At around 02:30, on the road from Zahareuca, Telenești district, a patrol team has noticed a driving school car that was going chaotic.

The drivers was signaled to pull over, but it was ignored and he continues speeding toward Orhei.

As a result, while chasing it on a Street from Orhei, another National Patrol Inspectorate team implicated and tried to stop the vehicle, but were once again ignored. Later, when arriving on a street blocked by patrol cars, the driver did a manoeuvre and hit one of the cars serving as a barricade.

The driver, who was actually a 17-year-old minor lacking driving licence, was forcefully taken out. The minor confessed that the car was actually stolen from a car wash in Orhei, where he is employed.

The Police Inspectorate of Orhei was called in to document the case.