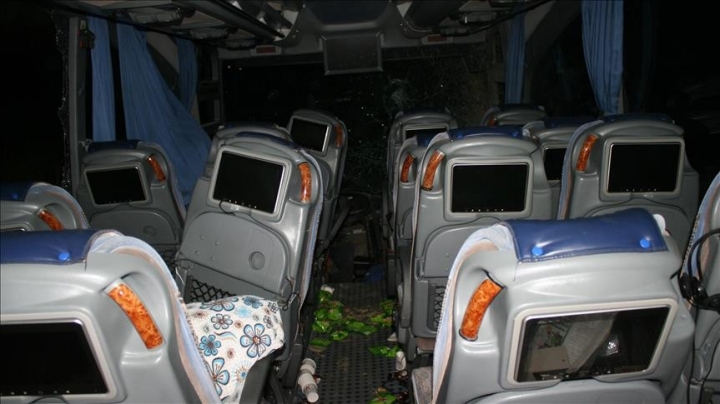 The collision occurred late Tuesday on the Panamerican South highway of the tourist city of Nasca, about 450 kilometers south of the capital of Lima, according to Highway Police director Leandro Flores.

One of the buses was operated by the Palomino public transport company, which was headed from Cusco to Lima. The other bus for the Flores Company, was traveling from Ica to Nasca, Flores said.

Both drivers and a Brazilian tourist are among the dead. The injured were rescued by firefighters and taken to area hospitals, he added.

The cause of the accident has not yet been determined, but local media reports that fatal collisions, involving speeding, are common on internal routes of Peru.

At least 489 victims have been killed and 3,876 injured in 1,736 vehicle accidents in 2016 on Peru’s roads, according to statistics by the Highway Police.

The road named the Liberators - linking Ica, Huancavelica and Ayacucho with Cusco, Puno and Madre de Dios - alone had 60 percent of the accidents nationwide, according to the RPP newspaper.