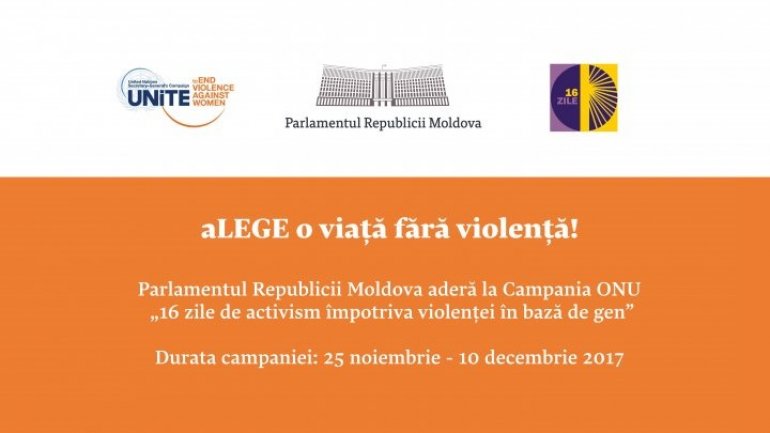 16 Days of Activism Against Gender-Based Violence world campaign begins in the Parliament, which aims to prevent and combat this phenomenon.

The video contest regarding anti-violence will take place between 15 - 30 November 2017.

Anyone who want to participate the contest can send a video with maximum duration of 2 minutes which presents the fight against violence.

The authors of the most inspirational video will be rewarded. Video along with contact details, can be sent to e-mail address visit@parlament.md until November 30, 2017.