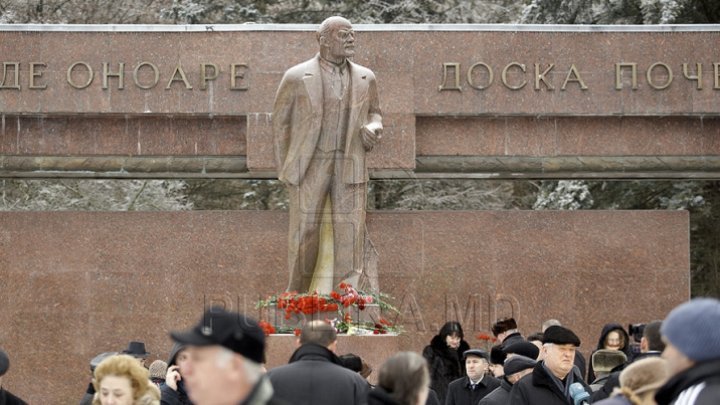 Nostalgic after the Soviet period, several members and supporters of the Party of Communists marked the celebration of 148 years since the birth of Vladimir Ilyich Lenin. People have laid flowers at the monument of the Bolshevik leader in the capital.

The participants had heated speeches by praising the ideas promoted by Lenin:

"He was a genius, people like him almost never met, he was the only leader in the world who could unite society."

"He was important not only for the Soviet Union, he did a lot of things for the whole world, for the simple people."

Most participants at the event were retired. However, among them could be seen some young people: "Vladimir Ilyich Lenin is a person who marked the history of the 20th century. Social policy was, first of all, a practical one."

The Communist leader, Vladimir Voronin, also did not miss the event.

"The road to Lenin will never be closed, Capitalism has always been based on the principle of exploitation of man, "Voronin said.

Vladimir Lenin was born on April 22, 1870 and died on January 21, 1924. Both events are marked by the Moldovan Communists each year by the deposition of flowers at the monument of the Bolshevik leader.
AFLĂ imediat Știrile Publika.MD. Intră pe Telegram