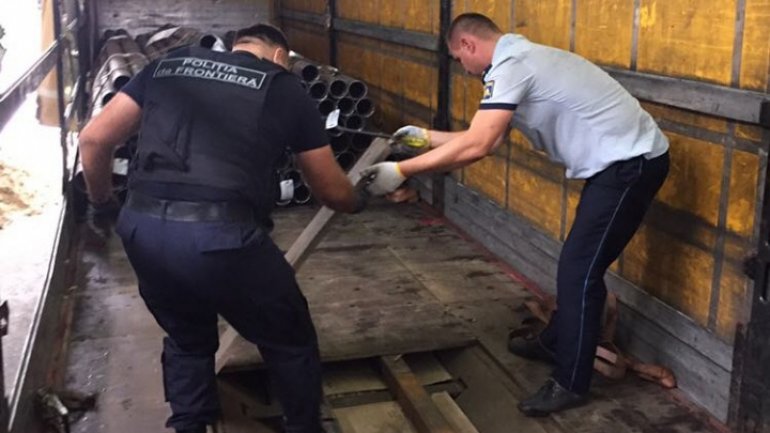 In total, 6000 cigarette packs of different brands with Ukrainian stamps were detected on the double floor of the truck.

However, the Ukrainian driver, aged 46, claimed he knew nothing about hidden cigarettes and the fact that he was legally employed as a driver in a transport company that was to transport the pipes to Bulgaria.

After long interrogations, this Ukrainian national was declared to be involved in the criminal scheme.

As a result, all the materials together with the cigarettes worth over 100 thousand lei and the driver, were sent to the employees of the Customs Service who took over the case investigations.