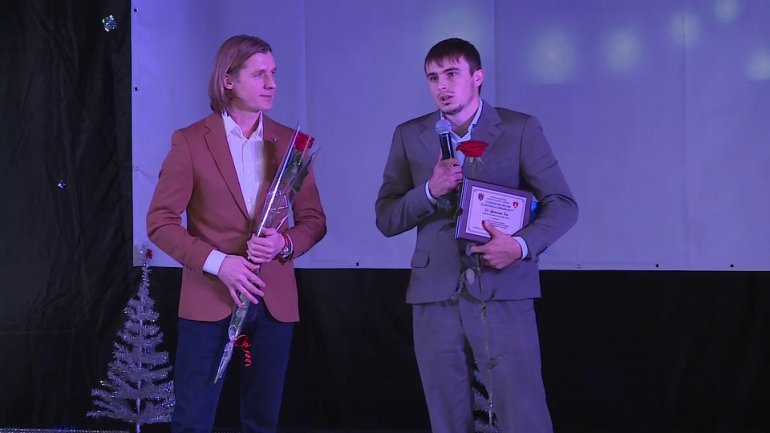 12 inhabitants of Criuleni district were awarded titles People of Year for their great performances in different areas.

Svetlana Racul is at the helm of Boşcana City Hall for only two years. This year, she has made two major projects: she connected the aqueduct to the Mardareuca village and arranged a park.

"All mayors deserve being entitled People of Year because their works are enormous", said Mayor of Boşcana, Svetlana Racul.

Elena Sclifos has dedicated herself to the Grigore Sirbu Regional Center for Culture and Youth. She was also awarded People of Year.

"We've done everything to help people feel good when they visit our center", said Elena Sclifos, Director of the Regional Center for Culture and Youth.

Neurosurgeon Grigore Zapuhlich and kayak canoe champion Ilie Sprincesan, both from Criuleni district, were designated honorary citizens of the district.

"It was surprised to receive the honor award when you came home", said the director of the Institute of Neurology and Neurosurgery, Grigore Zapuhlich.

"It was my honor to get this award. Your work was recognized and that was the best feeling", said the world canoe kayak champion Ilie Sprincesan.

The district president thanked everyone for their involvement in the development of the region.

"We have a lot of good people in the Criuleni district. We tried to identify what they deserve, their dedication this year, what is the difference between them and the other colleagues," said Criulen district president Veceaslav Burlac.