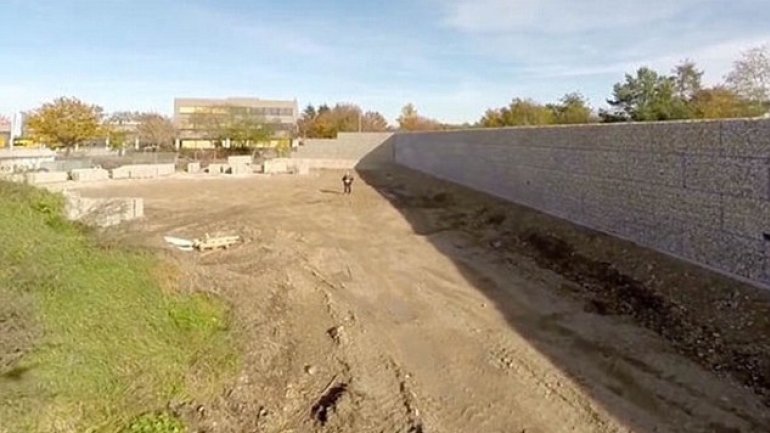 A 12-foot high barrier - higher than the Berlin Wall - is being erected in the German city of Munich to protect locals from young refugees who are set to move into the area, reports Daily Mail.

Locals campaigned for the wall, in the suburb of Neuperlach Süd, after authorities decided that some 160 young unaccompanied migrants will move into a large shelter which is less than 100 metres from a residential estate.

Deputy District Chairman Guido Bucholtz, said: 'I was frightened when I saw this monster of a wall.'

He added that he thinks the wall is too high as another similar structure designed to fence off a migrant camp was just three metres high.

However residents from the neighboring housing development from the asylum centre went to court to get the wall built.

One of their arguments for the wall was the fear that the value of their homes would plummet if there was nothing to separate them from the refugees who could be there for years to come.

Local residents said they are fearful of the 'noise and behavior' of the refugees. The judge of the Administrative Court in Munich confirmed the wall in a judgment - noted that the migrants should not use if for 'ball throwing games' or other 'leisure use'.

The fact that it is higher than the Berlin Wall of the Cold War is not lost on locals and officials. But engineers said it had to be that high to provide an effective sound insulation.

The wall is nearly finished. Locals say they do not care about how it looks; only that it will separate them from the unaccompanied refugees who have often been at the centre of friction with locals in other German towns.

In Bautzen in east Germany there have now been two incidents of neo-Nazis hunting refugees through the streets, hurling stones and racial insults at them.

'Donald Trump wants to build a wall for Mexico, and we in Munich Neuperlach build one to keep us safe from refugees!', one couple told a local newspaper.

A group of 30 far-right supporters ambushed and beat up three young Afghan refugees in the town of Heidenau in east Germany on Friday night.

The three Afghanis needed hospital treatment for their injuries but were later released. Two men from the mob which attacked them have been arrested and face charges of causing grievous bodily harm.

Since the beginning of the year there have been 1,800 attacks against asylum seekers and their accommodations. There have been nearly 200 incidents of grievous bodily harm against the refugees.