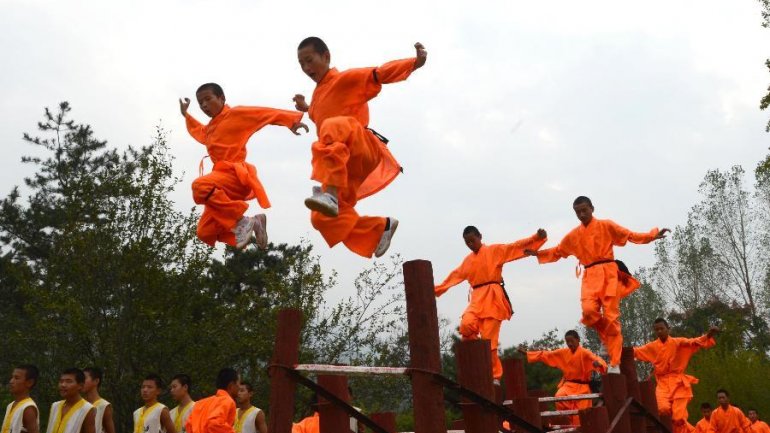 Hundreds of martial arts students are taking part in an international competition in the birthplace of one of the oldest forms of the ancient combat, reports Daily Mail.

The 11th International Shaolin Wushu Festival will be held from October 16 to October 20 in Henan Province, the birthplace of Shaolin Wushu in China.

The festival will include group calisthenics and martial arts to promote cultural communication of martial arts.

The four day festival has been held 10 times before since 1991, and according to the organizers, is a good way for martial artists to explore the country's culture, make friends and exchange skills.

As well as the competitions, there are demonstrations of different forms of martial arts, throughout the long weekend and a grand evening party.

Shaolin Wushu, also called Shaolin Kung Fu, is about 1,500 years old, and originated in the Buddhist Shaolin temple in Henan province. Records of the art go back to 495AD.

In a LinkedIn invitation to the event, the organizers wrote: 'Athletes from more than 60 countries and regions all over the world have participated in this grand festival.

We are confident that Zhengzhou China International Shaolin Wushu Festival is a good platform for you to make friends, exchange martial arts skills and deeply understand Chinese culture.'