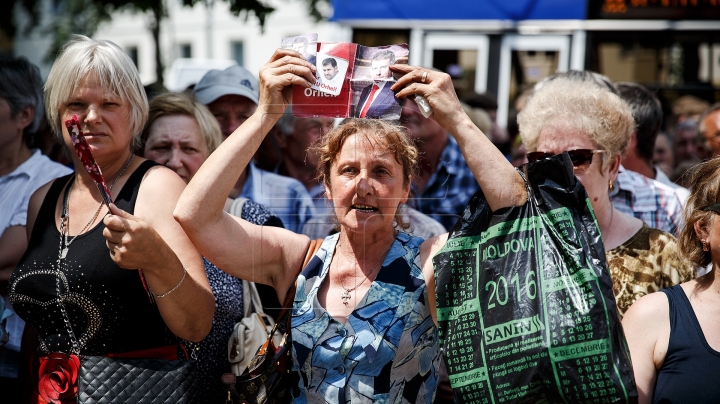 Almolst one thousdand people have protested today in front of the Buiucani court in Chisinau. They demand to set free the mayor of Orhei town, Ilan Shor.

On some of their posters they have written Shor would be a political detainee. The manifestation is organized by the movement Ravnopravie, the leader of which is Ilan Șor.

Most protesters have come from Orhei, as the coach of Shor’s Milsami football club was seen among them.

Deputy head of General Police Inspectorate Gheorghe Cavcaliuc assessed the number of protesters to be almost 1,000.

PUBLIKA.MD reminder: The prosecutors ask for 30 days of preventive arrest for the Orhei mayor, after he was detained for 72 hours. He is charged with embezzlement from Banca de Economii, a state-owned bank now bust, and involvement in the fraud of 1 billion dollar in the Moldovan banking system.