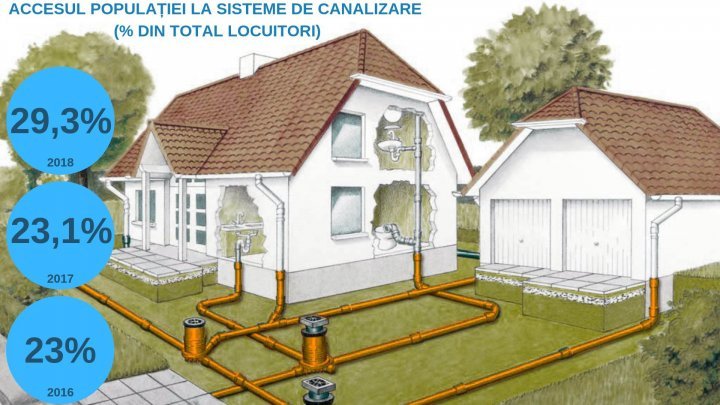 Over 2 million people have drinking-water access with centralized delivery, by aqueduct systems.

According to the National Statistics Bureau, 60,6% of population were connected to tap water in 2018.

Functioning aqueducts number increased to 1 168 or almost 96% from the existing systems. As result, to the tap water have access people from 774 localities.

Recently, the Government announced the reconstruction and building of new aqueducts and sewage system. It's a priority associated to the infrastructure rebuilding program, 'Drumuri Bune 2'.

According to 2018's situation, in the country functioned 110 sewage systems, and by these systems were benefiting people from 126 localities or over 29% of population.

Agricultural and Regional Development's Ministry prognoses indicates for the current year aqueduct net extension with 240 kilometers more, what will allow 100 000 people to connect to the system.

Also is expected the extension of the sewage system with 55 more kilometers and connecting to them 5 300 people. The state's investments for this purpose is estimated to 200 million MDL.