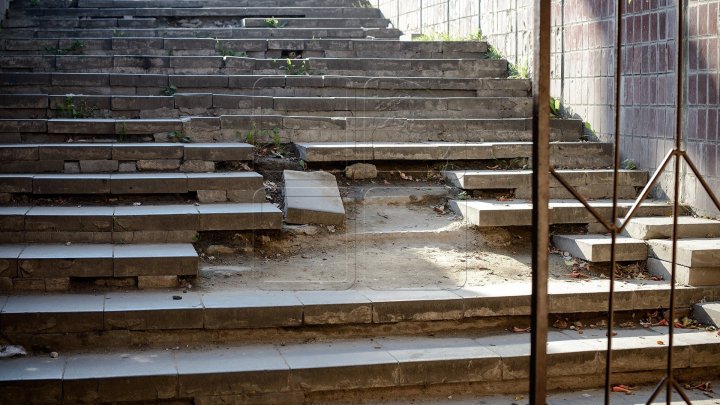 Eight subways from the Capital will be renovated until the end of the summer. It's the local authorities promise that aim to allocate for the project 10 million MDL.

The first subway that is already in undergoing repairs is situated near the Scientific Academy of Moldova, on Negruzzi boulevard. Over 20 workers will change the stairs, will whitewalls and they'll be also setting up modern illumination.

The locals were afraid to use the subway all this time:

"My 5-year-old girl is afraid to pass through the subway. I think this behavior speaks for itself".

"It is dangerous even for the pedestrians to walk by. Glad they started repairing works".
"We're afraid of passing through, we only do it of big necessity".

"Even though they're dirty and have an miserable scent, the biggest problem is the falling stairs. It's very dangerous to walk through this subway".

According to the spokesman of the City Hall, Vasile Chirilescu, the repairing works of this subway will last only a month.

"The works will cost about a million MDL. The City Hall plans to renovate this year 8 subways. The works will be made during the summer", declared Vasile Chirilescu.

The following subway to renovate it's the one at the crossing Stefan cel Mare and Ciuflea streets. Renovating works will take place also at the No.1 Municipal Hospital, three subways on the Dacia boulevard and two on the Hancesti highway.